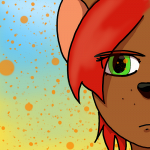 aka The Art Machine

It's me, Heather. :) I have bazillions of stuffed animals, and so does my brother, Tuff, so I have my work cut out for me for the next few weeks or so on this wiki. XD

Me and Tuff have been collecting and playing with stuffed animals like ever since I can remember, so we've gone a lot farther than just building houses for them out of books in the living room. XD We get really violent and crazy most of the time, just a warning. ;D

I also love making clothing for our animals, and most of their clothes are made by me. (and some by my brother ;)) I sure wish I could make clothes for yours, but I don't know how to send objects on Wikia... ;D Maybe I will start a business someday. XD For now, (until someone figures out teleportation through the internet or something) all I can do is draw pictures, which I will gladly do for you! ^^

Pirate Plunder - Deyna, Arthur, and Dagur find a message for help, and go to the aid of the mysterious person, only to find a trap waiting for them.

Power's Corruption - A new villain has discovered a magnet which he can use to steal magic from others and use it himself, and does so - starting with Peril! (this one's a comic book)

A Hair-raising Quest - Deyna looks for a way to get his back fur to grow back, after it was burnt mostly off in a battle with Rustler.

I want to do one about Dick, and one about Deyna and Skip, but I don't have enough ideas for either of these yet. ;P

Dagur and Arthur: Giants Fall by Francesca Battestelli, King of The World by Young Rising Sons (Idk the artist but srsly - We'll rule the world together, forever, with hearts of gold, who needs any treasure, we'll take our time, just livin' our lives, in our castle in the sky, if I was King of the world... couldn't be more perfect lol)

Dagur: Stronger Than You Think by Fireflight

Cuddletown: Warriors by Imagine Dragons, and Immortals by Fall Out Boy

Deyna & Skipper: I Follow My King by Heather Dale

Another epic video (watch all of hers, they are all epic XD)

The most epic fanart for Cressida Cowell's books I have seen O.O

FOR THE GLORY OF MERLIN, DAYLIGHT IS MINE TO COMMAND!!!

One of the best httyd vids EVER

Need to mark this for later so I can find it easy... it's perfect for writing DoR!!! ^^

rofl wouldn't this be funnier if they didn't stop soon enough and their heads collided? XD

How to Train Your Rover OMT this is adorable

Ducktales so I can find this again lol

This game is SO FUN

Retrieved from "https://stuffedfriends.fandom.com/wiki/User:Heather_the_dragon_rider?oldid=4396"
Community content is available under CC-BY-SA unless otherwise noted.